How To Make Homemade Butterscotch Candy – The Old School Way

The Benefits Of Drinking Honey Water

What Is A Bento Lunch Box?

A common question that comes up when it comes to lunch boxes is, what is a Bento lunch box?

A Bento box is a container that is used for carrying home-packed or takeout meals and is mainly common within the Japanese cuisine sector (Ashkenazi & Jacob, 2001).

The box which is in the shape of a container mainly holds fish, meat, cooked vegetables or rice. The traditional bento boxes are hand crafted while others especially the modern types which are made of materials such as plastic are easily disposable.

Origins Of The Bento Box 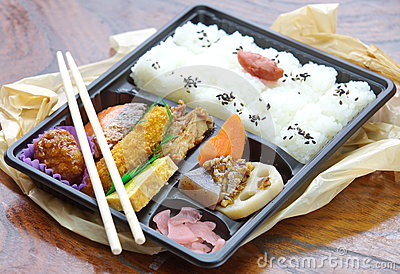 The origin of bento box can be traced back to the 8th century when the Japanese started to carry dried rice also known as “onigiri” in bags. In reality, it originated from SongDynasty culture when they used the box as a way of convenience to carry food.

However, with time, they began to make wooden boxes which they used to hold meals that could be served during special occasions like tea ceremonies and cherry parties. In 1603-1868 when Japanese culture greatly flourished and was considered sophisticated, bento boxes known as Makunouchi became common in shows and comprised of grilled fish, “ta goya ki,” a cooked vegetable, and rice.

In 1603-1868 when Japanese culture greatly flourished and was considered sophisticated, bento boxes known as Makunouchi became common in shows and comprised of grilled fish, “ta goya ki,” a cooked vegetable, and rice.

It is important to note that with time, bento boxes evolved from being made of a wooden material to plastic materials that could be washed or disposed of.

Who Used The Bento Box?

During the 17th century, Bento Box was being used by villagers during parties and ceremonies since it was a convenient way to keep cooked food before the time for eating.

Travelers and sightseers were also known to use bento box which mainly consisted of “onigiri” that was wrapped in bamboo leaves. At times, they wove the bamboo into a box to easily carry their food (Ashkenazi & Jacob, 2001).

Those people who were working outdoors in mountains, fishing boats, in the fields or within town region used bento box to carry their meals. This is because they were not able to go back home for lunch meals. 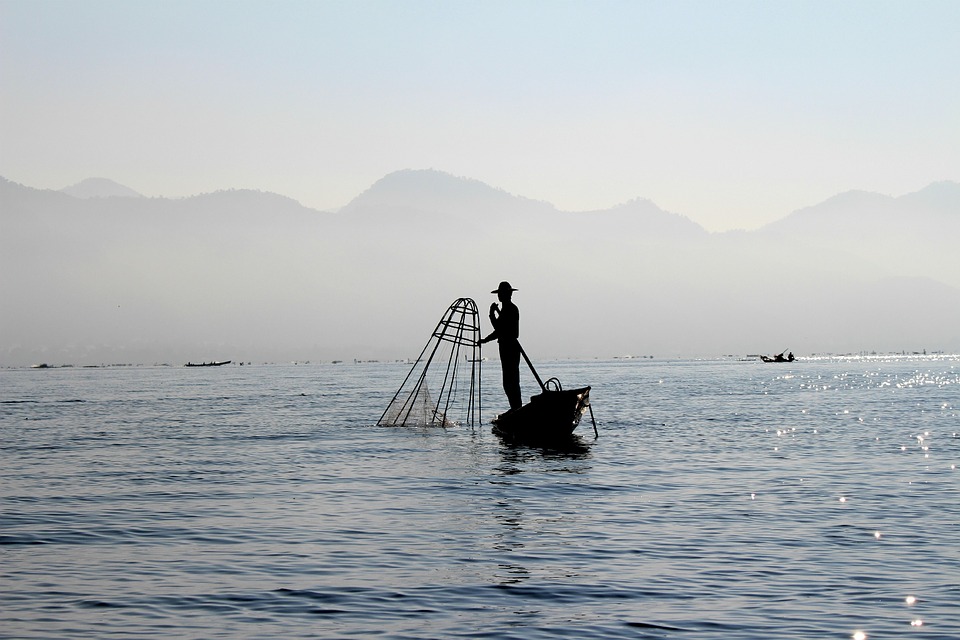 These people mainly carried potatoes, rice, and millet in their bento boxes based on their region. In the 18th Century, Bento Box began to be used in schools especially in those that never offered lunch to students where students and their teachers began to carry bento to school (Kids Web Japan, 2013).

During this period, cases of disparity in wealth greatly influenced the way in which bento box was used. The wealthy children mainly used aluminum bento box and carried adequate diet compared to the poor children who carried clumsy food.

What Is A Bento Lunch Box Used For

To answer the question to what is a Bento lunch box, we really just need to know what it’s used for.

Today, Bento Box is common in Japanese restaurants whereby they are used to serve the customers the traditional Japanese foods known as “kaiseki ryori.” The aim of the restaurants using the Bento Box is to serve compact meals to individuals instead of carrying their food from home.

However, it is important to note that bento carries useful modern and traditional ideas such as the variety of flavor, colors, textures, and food groups within the small container.

On the other hand, bento lunch boxes are also used by workers mainly as packed lunch. The practice is also common among school going children, particularly elementary students whose parents pack them food for lunch in the bento box (Kids Web Japan, n.d).

It is also used by families during their day trips as well as students when they go out on picnics or during sports day.  The food is packed tightly to ensure compactness.

The box is made in a way that looks appetizing whenever it is opened. It is also important to put into consideration the hours a food can last before packing it in a Bento Box. For instance, airports also use the bento version which they fill with various local cuisines that are consumed by those on board.

What Bentos were made from in the past and today 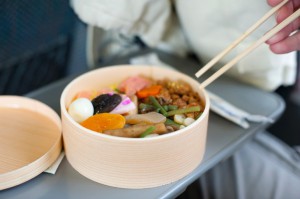 In the past, bento box was mainly made of bamboo leaves which were woven into a bamboo box.  However, in the 19th century, the Japanese people began to use expensive wood to make the bento box.

Later metal boxes were also used in bento shops, but these were disposable and inexpensive boxes (Japanese Style, n.d). 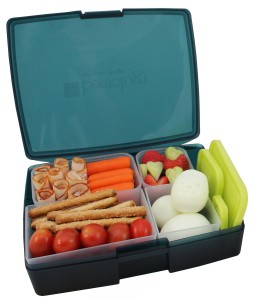 Today, designers have come up with a wide variety of techniques of making bento boxes to suit the needs of the customer. They are made of different materials such as wood, metals, plastic and anodized aluminum.

Most of the bento boxes today are watertight vessels enabling the users to carry liquid content. In addition, the containers have the potential to keep the food warm.

These boxes are in various shapes ranging from oval, circular or rectangular. It is also important to note that designers of the bento boxes decorate using various characters especially those meant for school going, children. For instance, Hello Kitty

is the most common designs in the market (Kids Web Japan, 2013).

The Benefits of Bento Lunch Box

Bento boxes enable people to carry small portions of different foods. This implies that a person can pack a healthier diet using their bento box instead of just packing one type of food.

For instance, bento boxes make it possible for people to pack carbohydrates, fruits, and protein at once without having to use several containers. Bento box is also convenient since it is easy to carry, thus allowing people to eat whatever they want at any time or place.

They are also economical since people can carry healthier food in small quantity. Thus, a person eats less and spends less.

For instance, the children can choose those with animal shapes on and adult men can choose stainless steel Bento box types while women can go for flowery or designer themes or carry them inside a bag such as Vera Bradley Lunch Bags. That link will bring you to our review. This way, bento boxes fit into various consumer’s needs, regardless of preference.

What do you think? What is a Bento lunch box doing for you and your family? Is it something you use or would consider using? Let us know in the comments below!